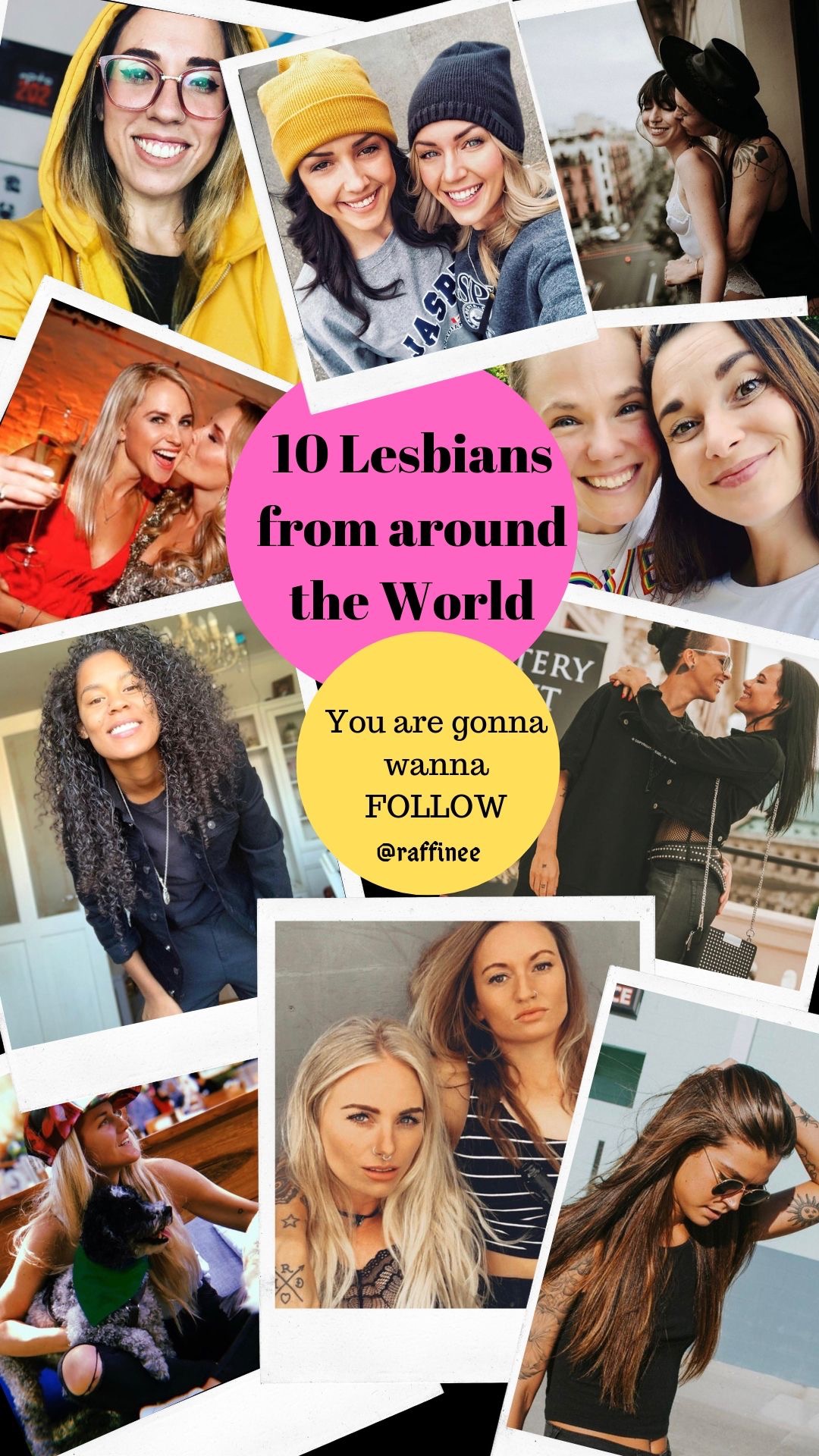 Thanks to the internet, today we can connect with people all around the world and for the LGBTQ+ community, that couldn’t be more important. Seeing people JUST LIKE US globally is not only comforting, it’s empowering. To know that people can live OUT in many different countries helps make me believe that we are closer to the day when our love is truly universally accepted.

Below are 10 accounts from 10 different countries around the world that I have felt inspired by in one way or another. Whether they are advocating for LGBTQ+ rights, smashing stereotypes or proclaiming their love on National television, these ladies are making a statement in their respective countries and I’m along for the ride!

There are so many things about these girls that I just absolutely adore! To start, they found their baby’s donor on YOUTUBE! They made a video and asked the world if anyone would want to donate sperm and they got A LOT of responses. (Am I the only one who would die to read through all the emails they got?!? I bet some were so comical!) They selected an awesome dude and now have a little son, Hunter, who is just under a year. Coolest part? They hang out with their sperm donor on the regular and post the pics to prove it. If that’s not family goals I don’t know what is!

Where do I even begin with these two?! Beautiful, cheeky, fiercely supportive of marginalized communities, inspirations for green living and absolutely hilarious, these girls are the best friends we all wish we had! When they aren’t advocating for the LGBTQ+ community across Australian billboards and commercials, you can find them in wedding magazine spreads, helping a snake (or was it a Wallaby?) cross the road and hitting the beach to catch some waves. AND!! Word on the street is that these two are going to be foster moms fairly soon and I’m here for that!! Can’t wait to watch how these two tackle parenthood!

I adore this girl! I just love her positive outlook on life and all the confidence she exudes. She’s posted a handful of thought captions and stories that have really made me pause and evaluate different aspects of my life. In my opinion that’s the true mark of someone who ads value to your feed. And if your looking at all her photos thinking- “Damn! This girl should be a model!” Don’t worry, you aren’t the only one who thinks that…she modeled for a few years in another life. Personally, I’m ready for her to rock the runway again!

Tonje and her girlfriend were asked to be on a Norwegian reality TV show that is sort of similar to survivor. It ended up being a HUGE opportunity for the Norwegian LGBTQ+ because the girls basically won over the country by simply showcasing their love. They challenged the countries views on the LGBTQ+ community and everything was met with massive positivity. Oh and to celebrate the success and show the country just how much she loved her girlfriend, Tonje PROPOSED to her girlfriend on LIVE National television! How beautiful is that?!

As the first female couple to win the Canadian amazing race, you would expect nothing but greatness from these two. And honestly that’s what you get! They are super spunky and make everything they are doing seem SO FUN! In reality, it probably really is THAT FUN because they are just so funny and have a great attitude. Okay. I’ll admit it. I want to take our Instagram relationship to the next level and be friends with them in real life.

This girl does it all. An actress, a worldwide LGBTQ+ activist and athlete extraordinaire. Although Valentina lives in Argentina, she got her degree from Cal State in Berkeley, CA. And when she’s not busy getting inducted into the Field Hockey Hall of Fame at her alma mater, you can find her over in South Africa fighting for LGBTQ+ visibility or in front of the camera working pure magic.

These girls are FUN! You can tell they just enjoy life and are genuinely happy people. You can feel their energy through their posts (and many of them are in English!)  They take some INCREDIBLE photos that will surely inspire you in someway or another….Like scroll stoppers for sure! They recently got married and Micaela and I were totally going to crash it because we just happened to be in Spain on their wedding day BUT our cruise ship left Barcelona the day before so they were spared haha!

I found Char on the interwebs and immediately loved her energy. Her positive outlook, billion dollar smile and motivational captions were what first drew me to her page. Then a few months after I started following her, we happened to meet her on a the LGBTQ+ Pride Party at Sea (read more about that here!) She was such a blast to hang out with and you could tell there was a lot of depth to her personality. Love her ethos!

Carolina has been at the YouTube game for 3 years and she has GOT IT DOWN! I love her graphics and spirited personality. Fully transparency, I don’t understand Portuguese but she’s still fun to follow and watch!

Lisa and Bianca have an eye for photo composition! I love all their artistic photos and creative shots. Everything has a mood to it. I truly appreciate their visibility for the LGBTQ+ community in their country and around the world as they travel the globe!

Thanks for reading through! I hope you enjoy following these women as much as I do 🙂 This is the first of a series in which I will be highlighting LGBTQ+ accounts. Stay tuned for the next round! 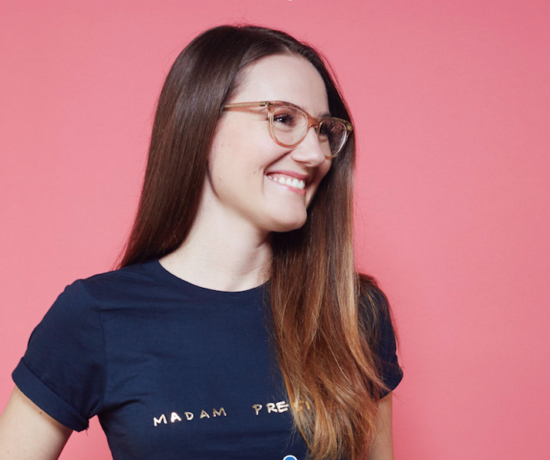 I Came Out As A Lesbian While I Was Married To A Man. 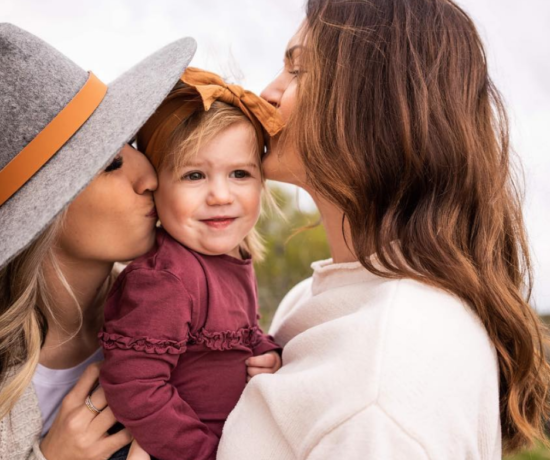 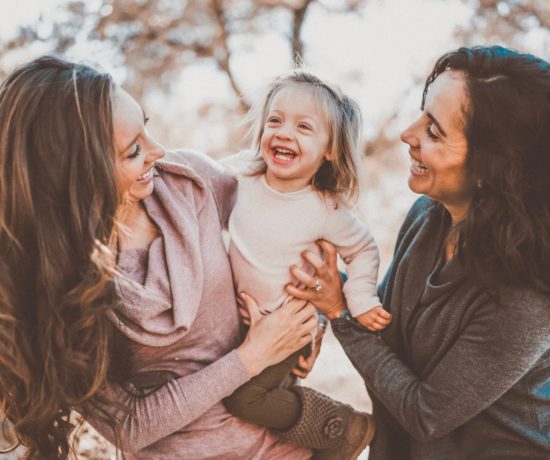 How To Choose A Sperm Donor

This site uses Akismet to reduce spam. Learn how your comment data is processed.